Your Dashboard
Login
other

Marie Kondo your fridge and help save the planet with a food tracking app.
View Build
Built By:
pinky
Revenue: 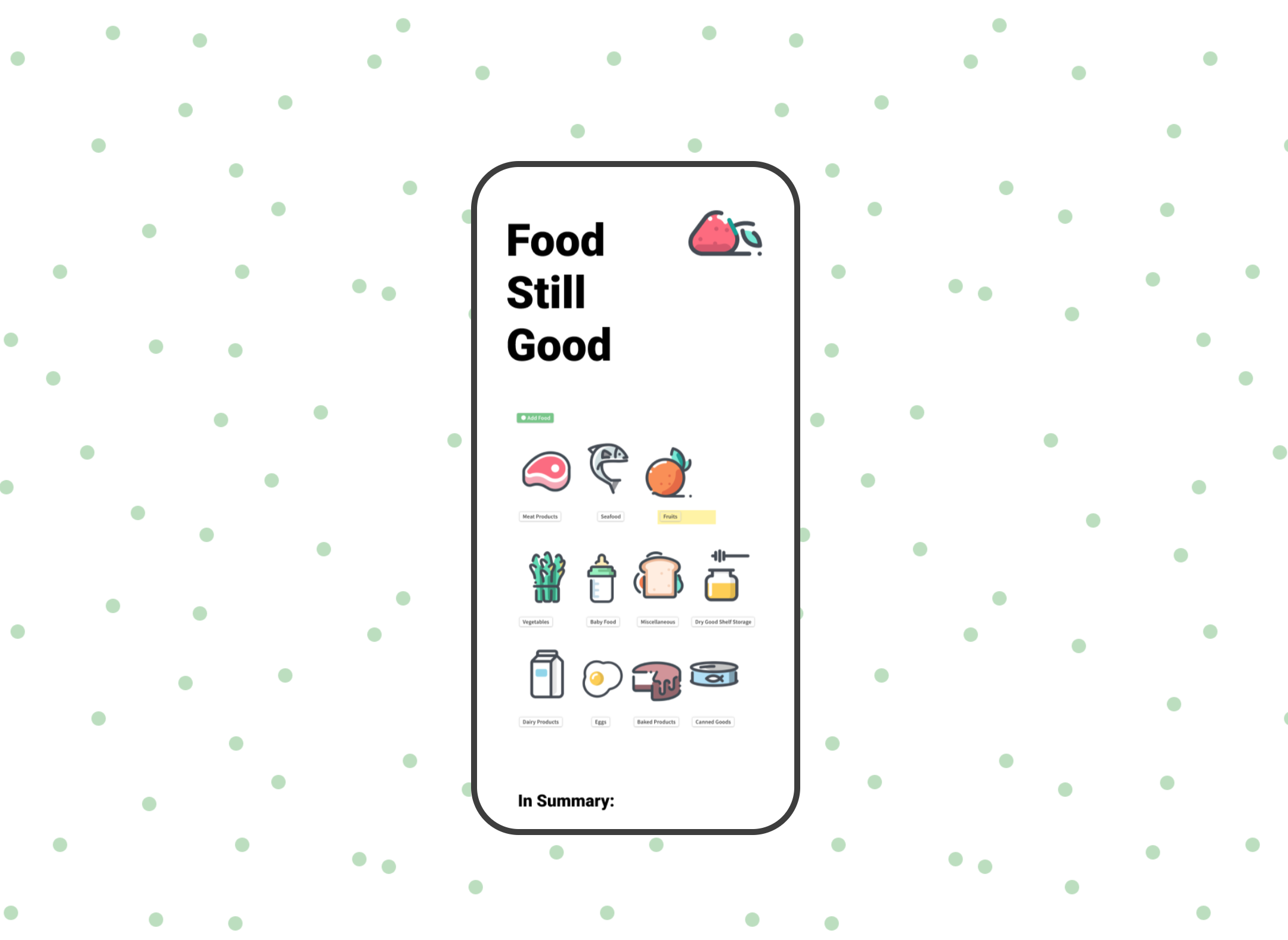 I used mainly Coda to build a food expiry date tracking app which was an idea I had a few years ago at university. I can imagine how the advancement of these tools could be used to create a lot of positive change as it opens doors for a wider demographic and the cost of building reduces to a point where an app doesn’t always have to have direct commercial value.

I’m happy to be able to make something for a cause I find meaningful. I made Food Still Good because food waste is a bigger problem than most people realise as it turns out to be one of the most important things we can do to reverse global warming.

Some alarming stats about food waste: There is enough food produced in the world to feed everyone. Just one quarter of all food waste could feed the one in nine undernourished people of this world (793 million people) [1] Almost half of all fruit and vegetables produced are wasted (that’s 3.7 trillion apples). [2] 8% of greenhouse gases heating the planet are caused by food waste.[3] If food waste was a country, it would be the third biggest emitter of greenhouse gases after USA and China.[4] Eliminating global food waste would save 4.4 million tonnes of C02 a year, the equivalent of taking one in four cars off the road. [5] Throwing away one burger wastes the same amount of water as a 90-minute shower.

Thanks! Your post will show up soon on this page (You'll need to Refresh!)
Oops! Something went wrong while submitting the form. Copy your text, refresh, paste and try again? Otherwise, tweet @Nile